This is an opinion held by the original poster regarding the material discussed in the first post of the thread, be it domain name related or not.

Neoget said:
I m not protecting that silly Ape image and would never pay such amount of money for it even if i had.
I m against copying of other peoples artwork, this NFT is very good for artists to protect their art, and if you not know the future will be without much paper, but instead used holograms and projections of images on walls, for sure the NFT's will play a role into this.
Click to expand...

Possibly. Not a very green way of displaying art, on the other hand you don't have to worry about UV light, I guess.

Don't think it will ever compare to a real painting. Photographs can be art but a photograph of a masterpiece doesn't compare to seeing it in real life in a museum. They are breathtaking.


Neoget said:
Now imagine that you are an artist, you draw a very beautiful art and try to sell at your established price based on the hard work you did, then someone smarty pants comes and duplicates your concept and sells it at cheaper price, how you will feel after this?
I have experience with grabbers and will never forget how they shared my work to others for free, you must go through the process to understand it.
Click to expand...

I do understand it. I used to cut pictures of classic art out of magazines and put them on the wall in nice frames. My friend, a photographer would have a shit-fit because I was "stealing a picture" of artwork in the public domain.

People have different values and will behave differently. It doesn't make what they do right, I"m just saying what I think.


Neoget said:
The reason why I did not started to draw is because of those grabbers lurking on internet to see what to lazy grab.
If you are not technician like me you will not be able to foresee the future, of course even in the future will be grabbers trying to grab and modificate something free of charge just to not pay.
Click to expand...

That is my point. There is no difference between your electronic drawing and a copy, except the NFT. That will matter to some people but not most.

NFT's may help in copyright protection and prevent people from selling your artwork openly but not casually. No different than copy protection on CD or DVD.

Neoget said:
Aditionally as soon I comented about (navy + green) colors to be used for Epik now every website uses them, look at DAN even added more ways of payments as I did on my web, just a bunch of grabbers.
Click to expand...

Feedback: 0 / 0 / 0
Seems like an entire industry powered by FOMO although where they're afraid of missing out on is a mystery to me. Inguess it's just a status symbol thing but as you say that doesn't really ring true in that anyone can have and use the exact same image.

Feedback: 12 / 0 / 0
Yep but only one is the original. The great irony is the art in question is not original only computer generated.

if you believe Booth spent 7 figures for a jpg, you might be interested in buying a homestead on the moon. Just my opinion.
Acme Domains

Feedback: 68 / 0 / 0
Not saying this is how you can make unlimited computer-generated images for an NFT, but it sure looks that way.

Easy way to dupe some people out of money if you are artistic.

Photoshop action to make 1 random layer visible within each group

I'm trying to use Photoshop actions to generate randomized images that are composed of a random sampling of layers. I have 3 groups of layers which are ALL not visible by default. Within each gr...

Stmcevoy said:
Maybe someone can help answer my question… why would I spend $300k on an image I can get a graphic designer to design for me for $50
Click to expand...

"It's art" is all that can be said, with naysayers being told, "you just don't get it".

I do get the risk/reward factor about it, no doubt there's money to be made now, and for those who capitalized on the movement, good for them.
Start using the Number 1 domain registrar—Epik—today!​

Stmcevoy said:
Maybe someone can help answer my question… why would I spend $300k on an image I can get a graphic designer to design for me for $50
Click to expand...

It's simple you must understand the art and the artist to be able to value his work, and don't forget most of so called designers are a bunch of copy cats without imagination, that is why they work for food.

slickdots said:
I don't get NFTs either.
Click to expand... 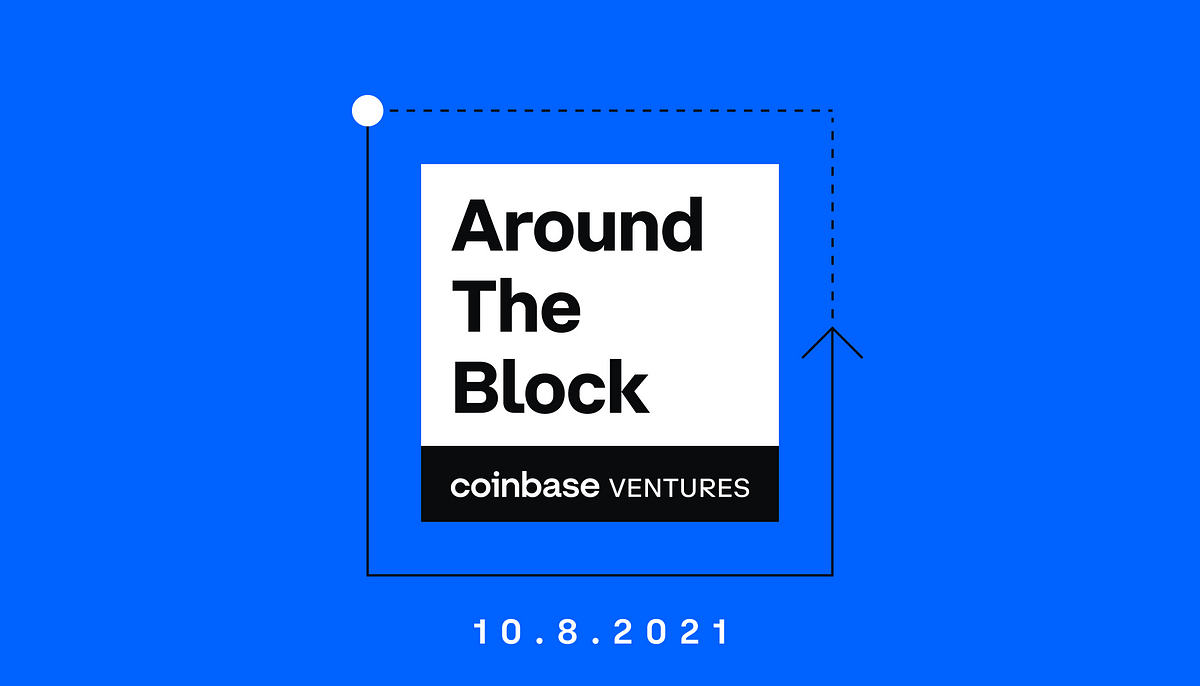 The Coinbase Ventures Guide to NFTs

In this edition, Coinbase Ventures unpacks what’s behind the growth of NFT markets. 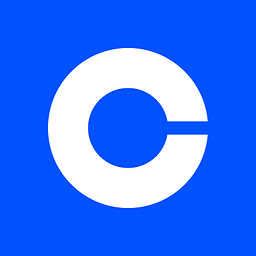 amplify said:
NFTs (non-fungible tokens) are a phenomenon that appears to have come out of nowhere, and something that I just can't grasp.

I watched Down The Rabbithole on DomainSherpa about NFTs to try and get a better grasp of them after the Booth (@JamesBooth) brothers spent $1.3m (400 ETH) to acquire the most unique Bored Ape Yacht Club ape.

Andrew Rosener brought up a good point on the Podcast that humans are innate to collect. To that, I say that humans are also prone to repeat history hoping for a different and sometimes better outcome. In other words, we all have a bit of crazy locked up in us too.

Both Andrew and I lived through the TY Beanie Babies rush. Speaking for myself, I can say at this moment that at the time TY looked like an escape from poverty. And, quite possibly, had I, or my mother, entered and exited at the right moment, it would have been a means to an end for our family.

Though, we all know what happened to the TY rush.

If not, you can watch its steep incline in value, priced by those invested in the fad, and faster than incline, decline, in this Beanie Baby mini-doc posted in the comments section of the above article by @MapleDots. It illustrates that the people who set the prices for the Beanies were also those that were invested in them, creating books and guides, also selling them.

Sounds strikingly similar to NFTs to me...

Andrew also stopped by to comment "have fun staying poor" to those that don't participate in the NFT trade.

Shane Cultra chimed in to say that people called us, domain name investors, idiots for putting our money where our mouths were to buy and sell domains. While this might have been true at one time in the early days, it has shown itself to be a well-oiled environment for investing over the past two to three decades, while we have months — even though the ability was created years ago — on NFTs.

I just can't understand a $1.3m purchase of a JPEG — I would rather have a Ferrari F50.

Yeah, I've seen the "boomer" comments about people not understanding this in almost every comments section on NFTs. The problem with this sentiment is that I'm a millennial, and for the most part, the older people on the millennial side of the age scale are in this space, at least from the domaining atmosphere. And, we have children, children that we could have taught not to repeat the same mistakes of collectibles as a means of investments, especially after the CHIP phenomenon... remember that one? Luckily I got out at the peak.

At least with NFTs, we can see both the wallet of the Booth brothers (0xe32acfcedfa8bda1d0ed03cafa854219ce0c9cea) to see what else they're buying and selling as well as follow the transactions on their $1.3m ape to see if it works out in their favor.

I wish them, and everyone else in the space, all the of luck in their ventures and hope that it works out in their favor; I have no ill-will towards anyone to want them to fail. However, much like Dogecoin, I will be sitting this one out.

I'll probably end up eating these words and stay poor for now (I'm better off than as a child, of course). I just don't have that risk tolerance, otherwise, I would participate in options on the stock market much more, something that can give 100% gains overnight, or take them just as quickly, because it's at least something proven and something that I can understand.

At least we have a good record of where things were in 2020/2021 for investing — Probably something that we can all agree on now: A crazy two years of our history that no one will probably understand 20 years from now.
Click to expand...

First it has a lot to do with blockchain, so guys into blockchain love them, second, it's supposed to be art on blockchain but the 10K crap art projects like apes and punks is crap art, pet rocks to me

Now I'm an old tech guy, a listed artist in museums, my studio came out with over a dozen NFT projects, and even though I'm vocal most is crap art and the tech is flawed, soon dead images will be all over NFT circles, not one image is on the chains, I like the concept of an 'artist' can do an original, and digitize a copy and now there's two versions, the original and the NFT. Then, if the artist has some fame, he can serialize the mintings 10 or 100 editions like they can do with giclee. So overall I like the concept, the space is filled with low IQ morons that have no clue about art or tech.

I got a public wallet with billions in NFTs in it, and I trash the space everyday on Twitter

My projects I like, I collect artists I know that hang on my walls in canvas, but the 10K punks and ape crap is crap

Give me a 1/1 digital version of a work by an artist I collect, ok, I like it

Give me a 1/10 or 1/100 of a new up and coming artist, Beeple, Fewocious, Fvckrender, xcopy, a few others, OK, I'll take a flyer on that since I like their art, the speculation is just that, I like art

Now I can loop a bunch of my NFTS I own and show on a HD TV in my home or office, so that is appealling, flash through my collection, I like my 3D galleries I did in virtual spaces, so NFTS have pluses and minuses like everything else

Collect the art, but investing in it is pure gambling
My multi-billion buck public NFT/Crypto wallet Opensea.io/sollog Make an OFFER on any NFT Art the funds will buy DOMAINS lol

Would you like to see links to HostMaria domain livestreams at DNForum?