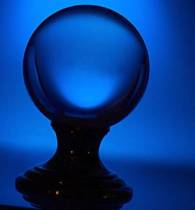 A lot has been said about the new gTLDs over the past few months. Some of it good but most of it bad. The question that I’m going to try and answer in this article is what’s going to happen to all of the new registries across the next few years.

The first place to start would be to try and reverse engineer a typical new gTLD registries cost base. I’m going to be making a LOT of broad assumptions but it should provide some insight into what’s going on. Below are a list of what I think are the annual expenses associated with a typical registry.

Remember that every registry will have a different cost structure and strategy and some will be more expense while others will be run in a very lean fashion.

After looking at the various registries and their pricing structures let’s pick an average figure of $25 per domain sold that ends up sticking to the registries hands after a sale. This figure is what’s left after they pay any costs to the actual technology providers that run the registry. Once again, this figure will be high for some registries and low for others.

Given the cost structure above this means that the typical registrar will need to sell 28,600 domains just to cover costs. This does not include paying down the application fee, providing some sort of return to investors or assessing the opportunity cost of the capital already spent.

If we look at the number of domains sold per gTLDs then we can clearly see that there is a small but growing number that are making the cut. The problem is that the great majority haven’t made it yet. Remember that it’s early days in the race towards 30,000 sales but the clock is ticking as the money in the bank won't last forever!

So where does this leave a lot of the new gTLDs that just aren’t going to make the cut? As a part of the ICANN agreement they had to have a reserve of cash to ensure that they could last a few years so it will be a little while yet before any fall over.

Let’s imagine that you’re an investor and you own an extension that sold 5,000 domains in the first 12 months. What do you do now? I’d be wanting to sell and sell quickly before the landrush of sales occurs. So the question is then, “Who are you going to sell to?”

To understand this we need to revisit our cost structure. Remember that the above calculations are only for a single extension. For example, if you are Donuts.co then you can immediately scale these costs over 304 extensions! To graphically illustrate the economies of scale you can see that the Donuts team comprises of about 20 people and not 4 x 304 = 1208 people!

At last count Donut’s had sold 679,628 domains over 89 extensions. I only counted those extensions that had over 1,000 domains sold (ie. hadn’t just been released). That’s nearly $17m in revenue at the $25 per domain price. I can guarantee that the 20 people don’t cost $17m dollars per year and their marketing budget hasn’t been overly that much.

This clearly illustrates the power of scaling not only the number of domains sold but the number of extensions to sell. Like I said, this is early days for Donuts and every day that goes by they are selling more and more domains.

So who is going to buy a failed extension? A company similar to Donuts is in a position to almost infinitely scale the numbers of domains that they can sell. This means that any domains that are sold go straight to the bottom line. The incremental cost of of domain sales is tiny as they now continue to scale upwards. The only issue is whether the extension looking to sell comes with a lot of contractual baggage that make it impossible for a Donuts to add them to their scaling pool.

So the only people that can realistically purchase failed extensions are those that have either scaled already, have deep pockets or are just stupid (yes there is stupid money out there). This leaves a limited number of options to sell a failing extension and it also means that the prices will either be greatly discounted or even a “we’ll pay you to take this off our hands”. For a failing extension, every day that goes by you’re losing money….never a good thing from an investor’s perspective....especially when they want to sell!

So I’m going to stick my neck out and predict the future of the new gTLD market….
1. The companies that have scaled via the number of domains sold will survive and be profitable (eg. .club).
2. The companies that have scaled via breadth of domains will be the big winners (eg. Donuts).
3. There will be about 25 extensions that will be like the walking dead. They’re not dead but they’re not alive either…..I’d hate to be running one of these because they will be forced to look at the cost base more and more.
4. The balance will sell out to the breadth aggregators like Donuts. Those that move first will get the best price and the rest will be paying to exit the business.

So there you have it….my prediction. As far as the time frame is concerned I think that we will have a lot clearer idea once the first year of renewals go through. I think that some registries will see the writing on the wall in 2 years’ time and start failing in 3 years’ time as investors lose patience with them.

Just for the record…..I don’t have anything to do with Donuts. I do think that they are a really smart group of people that saw an opportunity and went for it!

Don't forget that the webinar on selling domains is Tuesday, 1st July 2014 at 4pm (US Pacific).
Click here for more information.

Feedback: 0 / 0 / 0
Nice, simple, clear approach. But I think a few more factors are missing. I am not the expert to analyze them but is obvious the rest minor details will make the big difference.

Seriously, you need to talk to Donuts instead of speculating about their financials.

What do you think about these .xyz hydrogen auto industry domains? - HydrogenAuto.xyz